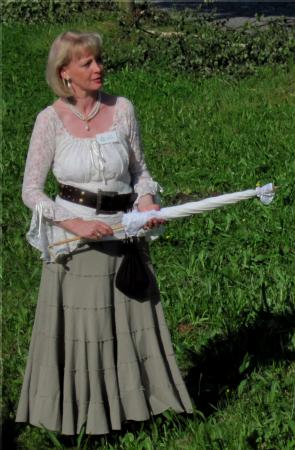 Even as a child I liked to dress up and created all sorts of old clothes princess robes. Later, I sewed for myself many carnival costumes.

In the 90 years I became interested in color and style advice, trained and practiced as a consultant for several years from these activities.

End of the 90s was founded in Chieming the theater group "etic". There I played with them, I began to write little pieces for our performances and sewed the costumes for the actors. 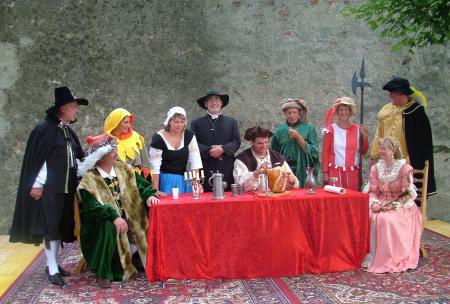 Unfortunately, the troupe does stop. Today I am pleased that I've found my creativity through theater and sewing. And so I create garments of the Middle Ages, the Renaissance and the magnificent ball gowns, the "Sissi" time modeled.﻿