This fashion epoch followed that of the Biedermeier and was also called, because of the lucuriance of the skirts, „the second rococo“. It was the time of the promenades and the ball gownes, the time of Scarlet and Sissi.﻿ 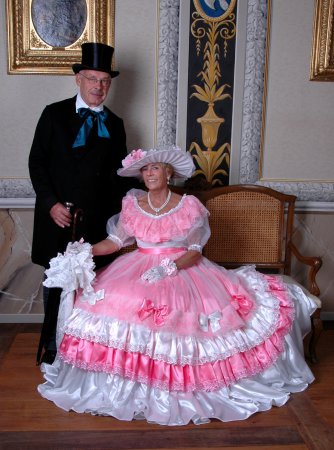 The dome shaped skirts received their volume by the crinoline. This word originated from „crin“ french for horsehair which was used for he stiffening of the petticoats. Later the crinoline was a rack from bamboo, whalebone or steelrings which easily reached a diameter from 2 to 3 meters in the lower edge.

This krinolin was handmade by me, for it I have used nearly 30 meters steelband﻿. 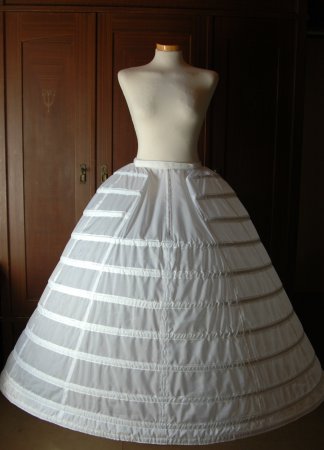 The round cage crinoline after 1850 was the most common crinoline. Why it was so called, should be clear: it looks like a cage. She's at the hips and narrower around the same side, whereas the upper back slightly crinoline unloads. The Käfigkrinoline is flexible, you must arrange the tapes and tires. 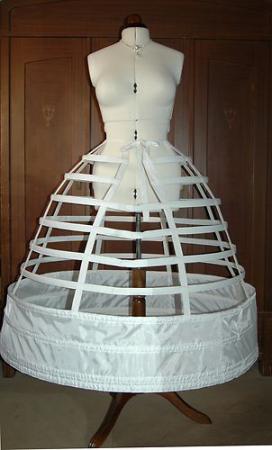 In order fort he single rings of the crinoline not to be noticed I have created a petticoat which is placed over the crinoline.﻿

At that time clothes were made out of silk. Krepp, musselin, atlas, iridescing taffeta and moire. The invention of the sewing machine made it possible to sew many meters of frills. My colorful clothes orientale themselves by the ball gowns of 1850  where the frill fashion was at full swing. Crinoline dress, skirt without and with over-skirt.﻿

Around the shoulders the  so called „Berthe“ a collar like verge of a vulou.﻿ 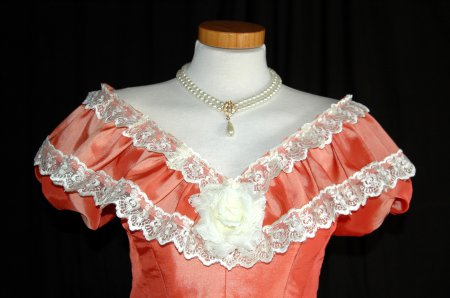 Loops were very important, tucks and lace as well. 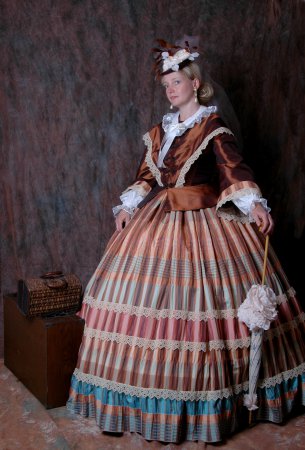