Lush material wealth and splendid colors of the specific fashion in the late Renaissance. It was the era of pre-attached, often richly decorated sleeves. This was so driven to extremes that were adopted by the  authorities dress laws which did not allow a citizens wife to wear move than three sleeves over each other.

The sleeves were usually fastened with ribbons on the bodice. My dress is made of three parts: Bodice, skirt and blouse.

In the original there was worn a underdress instead of a blouse. For this dress I used a pink brocade. The bands of the sleeves are provided with golden spikes. ﻿ 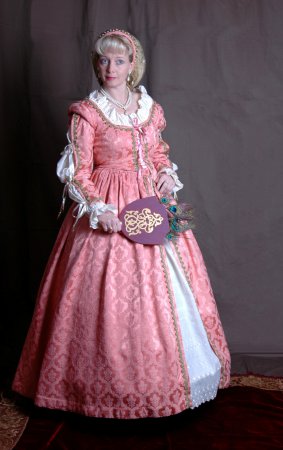 Hairnet The hairnet was worn predominantly by young women. My copie I have richly decoreded with beads, which were common during the Renaissance. To give the hairnet a good hold, it was mounted on a beautifully decorated headband.﻿﻿

The wide, velvet cape, also called Spanish cloak, was an important piece of clothing of the nobility. It was worn over the doublet. Here you see a Spanish coat buckskin imitation, a sales order.

Jacket were open and provided with a wide collar, mostly occupied with a fur. The Schaub was the most important garment of the man. It has been preserved in extended form to this day as a preachers robe. 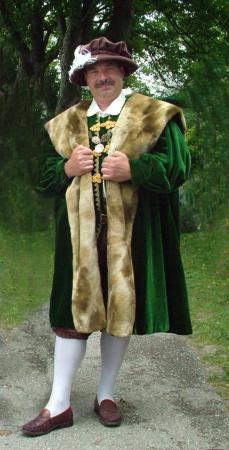 An extremely fashionable was the infamous harem pants, which are stocked with horsehair stuffing and the like and on top with a giant codpiece. Magistrates and clergy fulminated against this garment, that’s why it was just by the young men so popular. The harem pants I have worked out of a fabric, the patterns of the Renaissance is very close. In addition long socks were worn. In this case sock trousers.﻿ 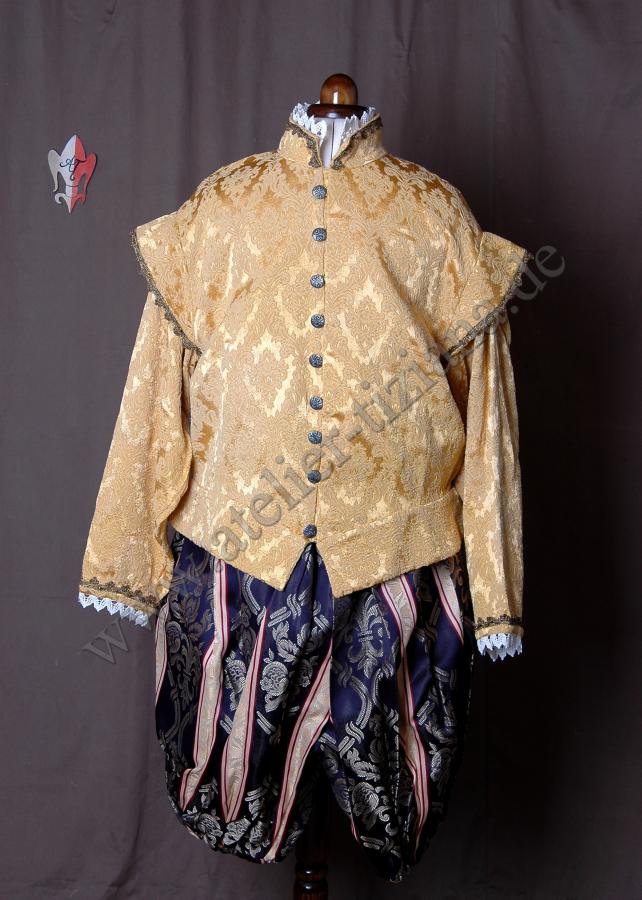 Barett
The Barett was equally worn by ladies and men, often about a cap. I have decorated it suitable to the cape from midnight blue velvet and to real dyed ostrich feathers.﻿ 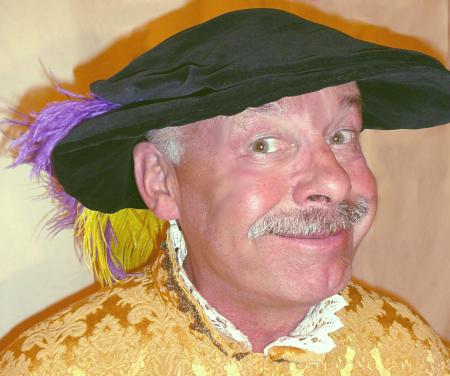 boy garment
For a museum, this authentic boys garment is made upon presentation of a painting. It consists of a silk doublet, a velvet trunkhose and elizabethan neck and hand frills. 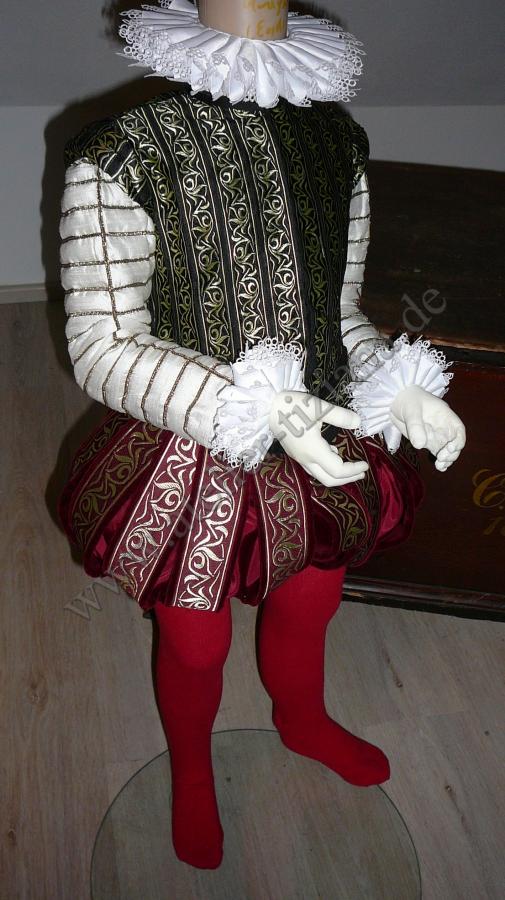 Soldiers
The soldiers of the Renaissance mostly came along colorful dressed. At the beginning of the 16.th century the Swiss and south German soldiers came up with a new fashion novelty, because their garment was to uncomfortable. They simply cut on the narrow places, namely in the knee joints and at the elbows with the undergarment exposed. Later garments were cut open skillfully.